Located on the mountains, RSC is a retreat composed by two intercepted volumes that seek to appropriate the landscape without competing with it. 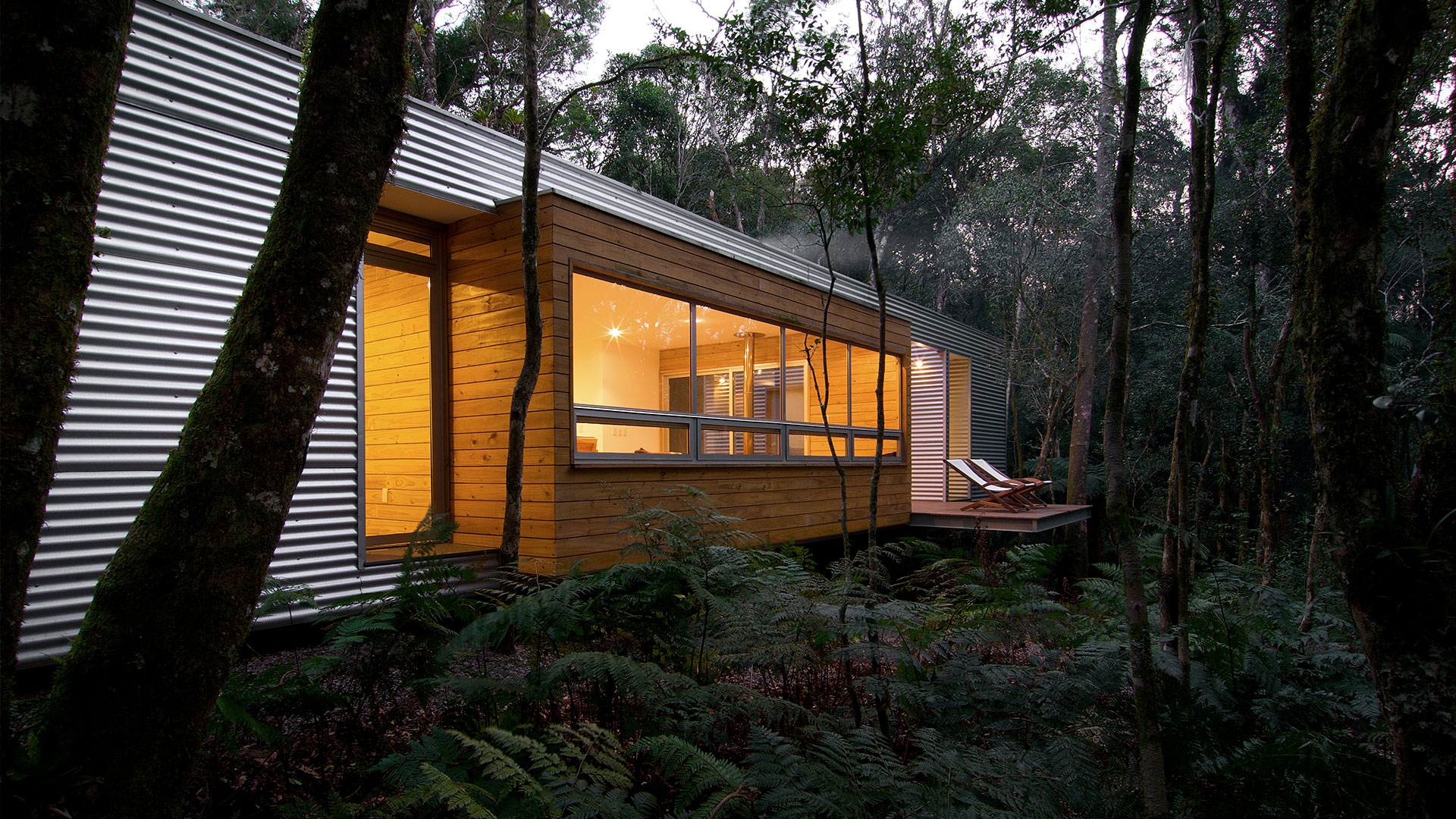 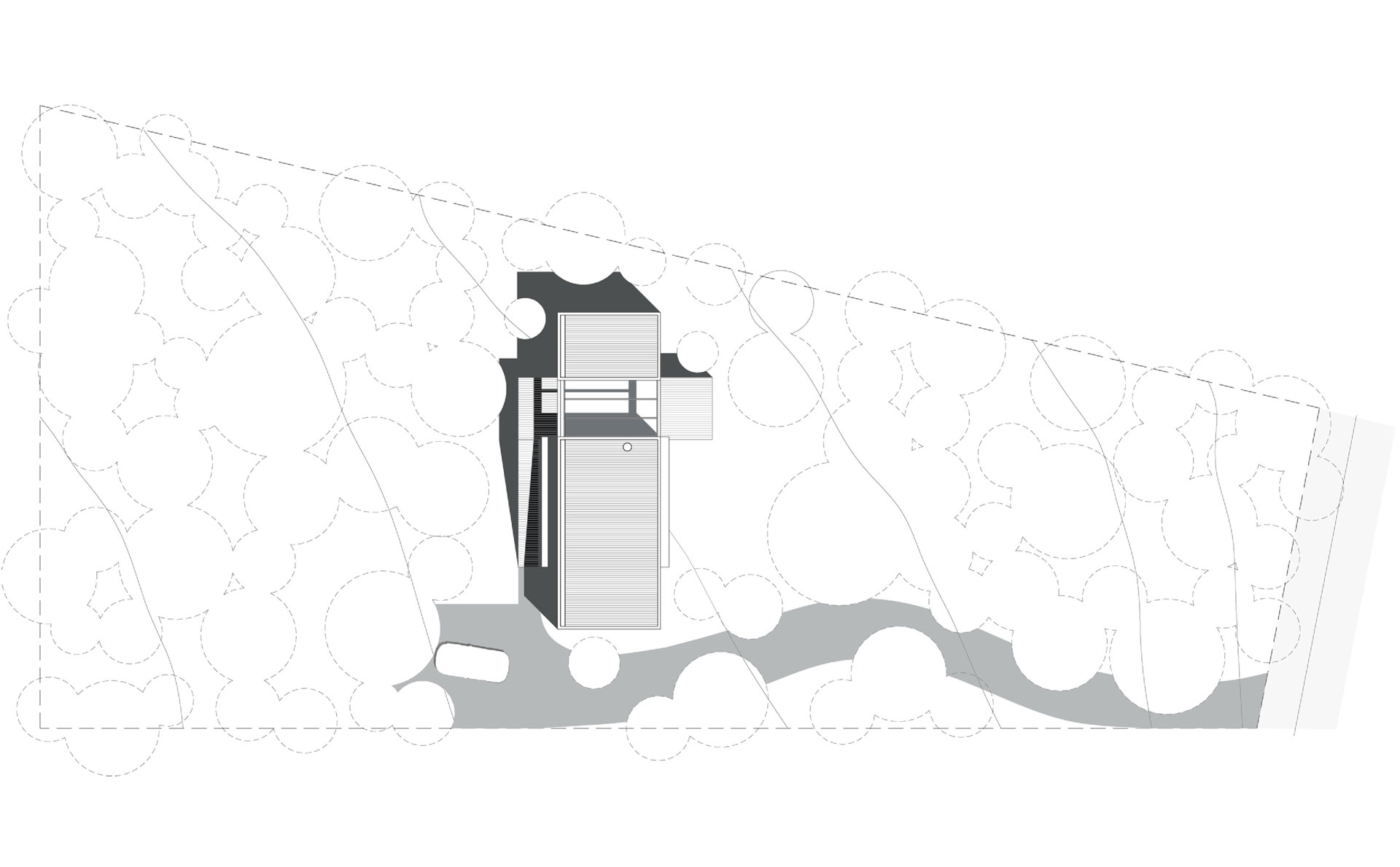 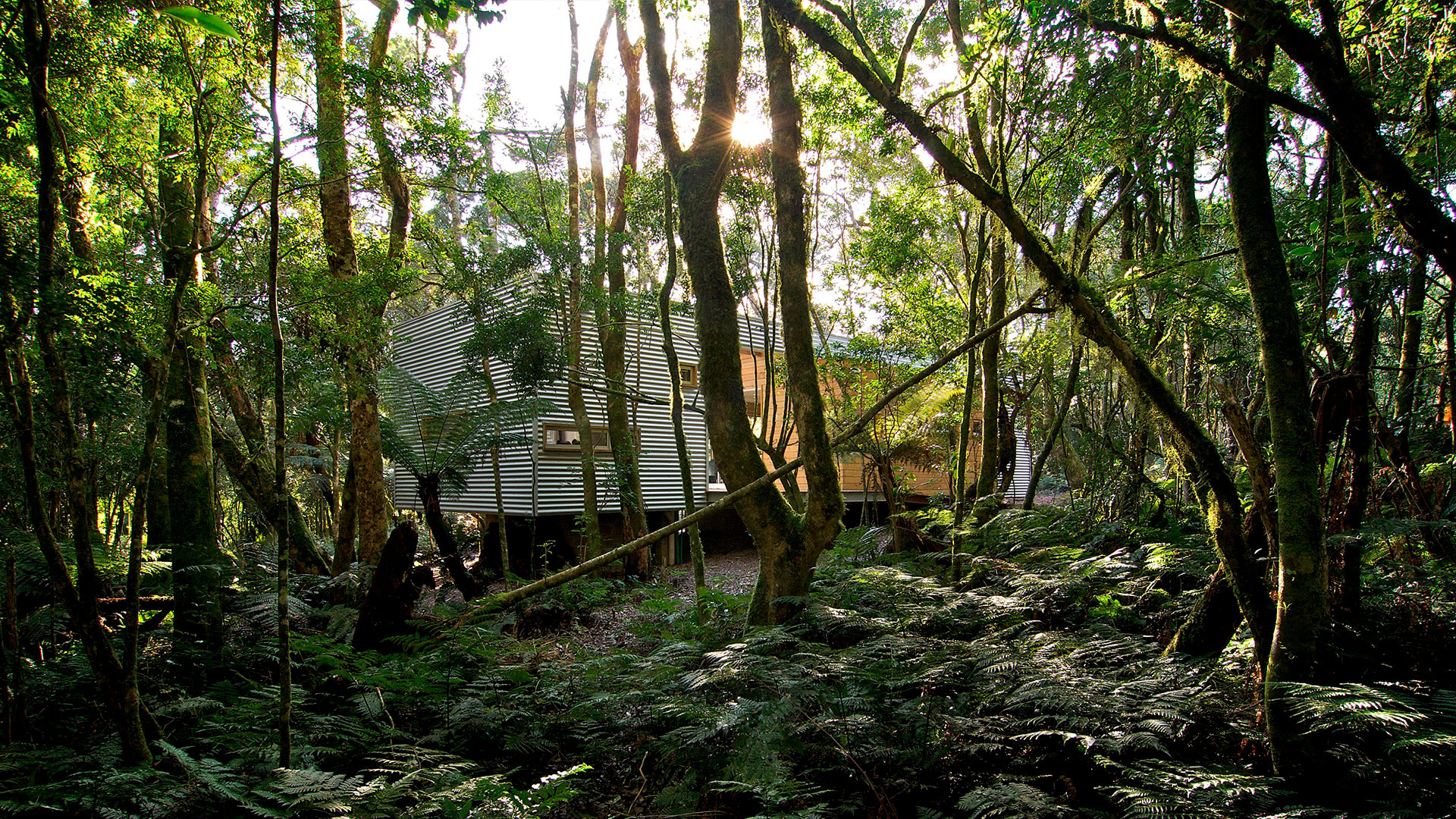 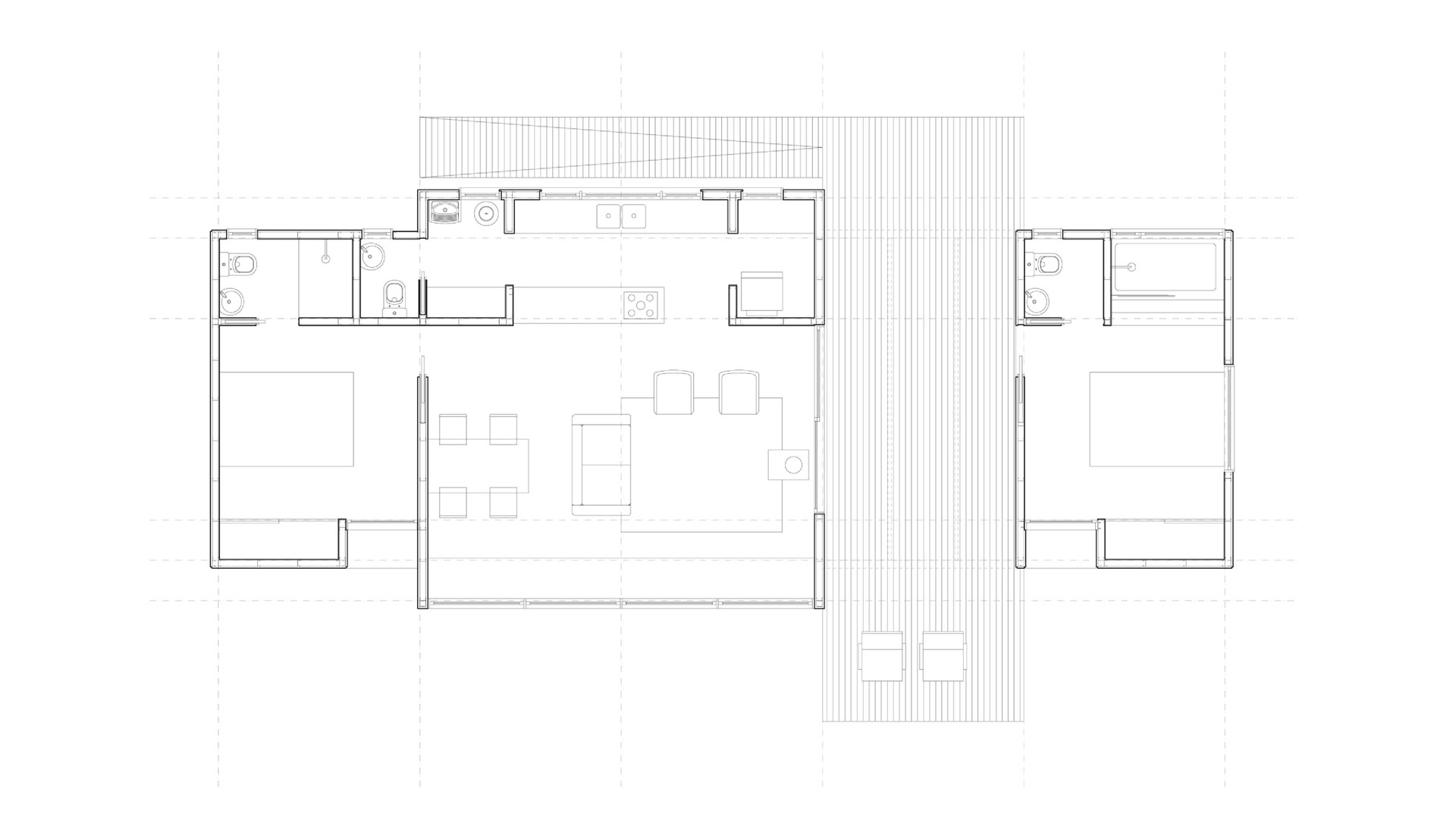 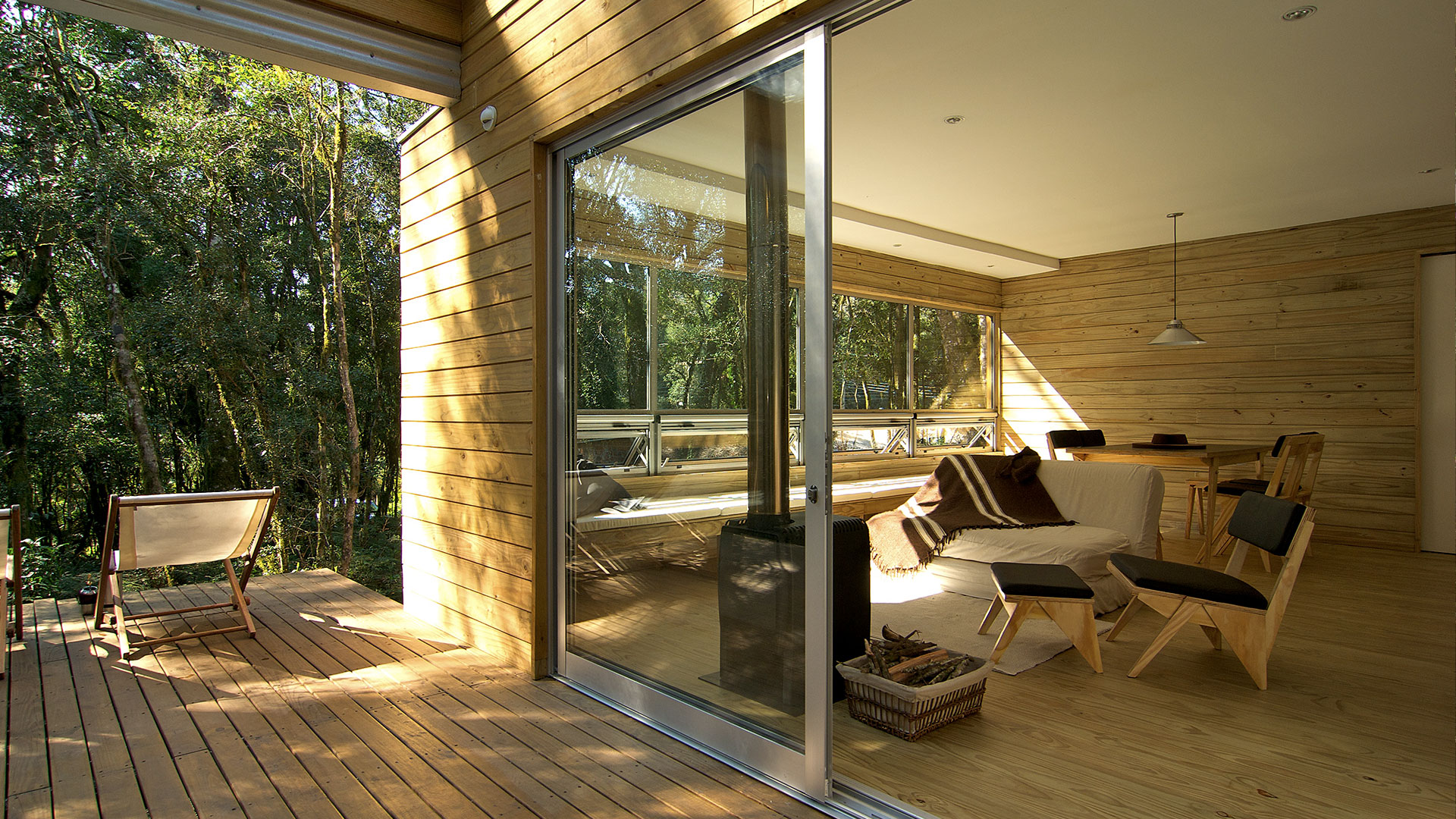 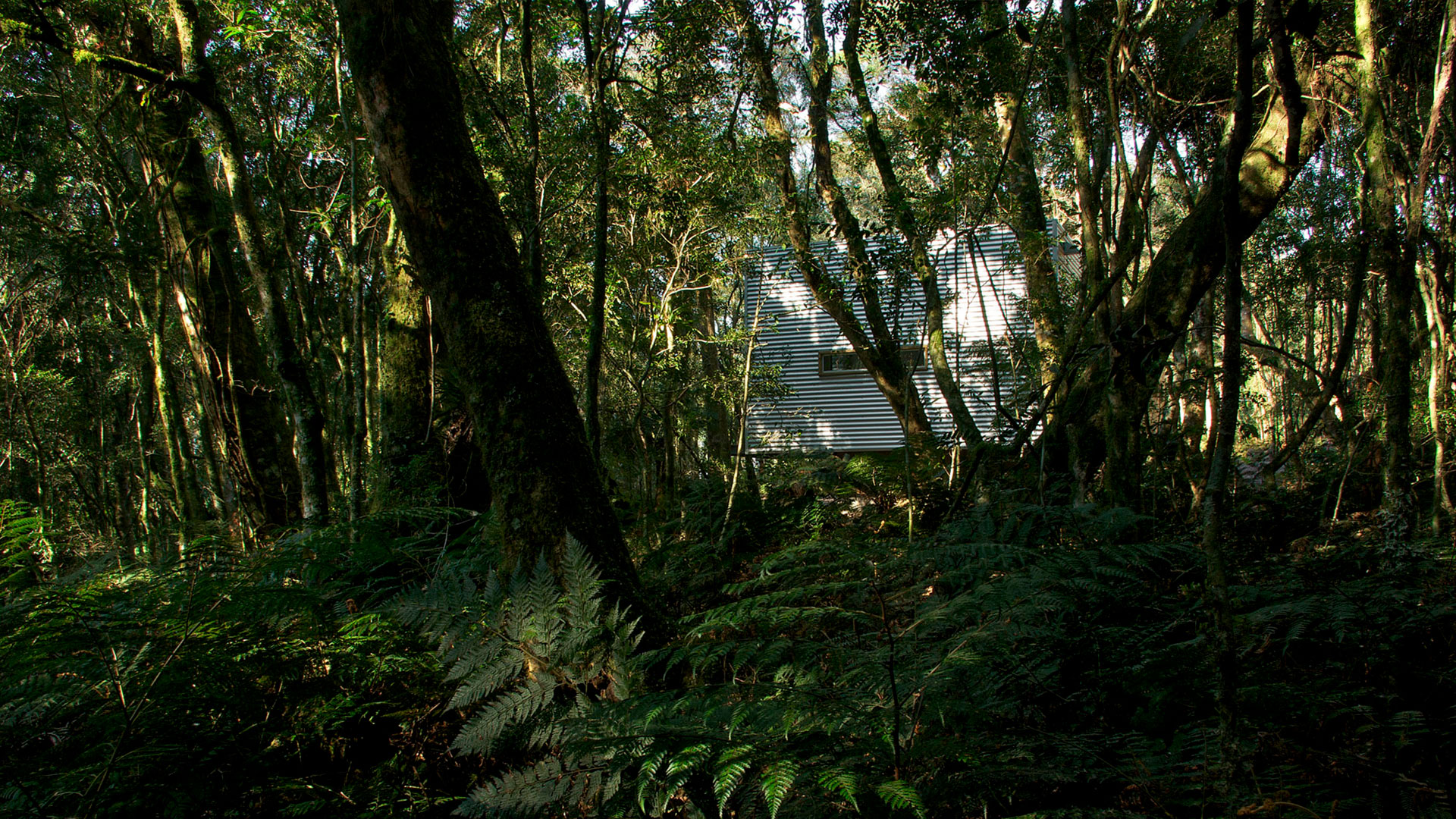 Designed for a young advertiser, this weekend house is located in San Francisco de Paula, mountain region of Rio Grande do Sul, 100 km from Porto Alegre. With a rigorous winter often accompanied by snow, the region stands out for the preservation of the Atlantic forest and the vegetation of araucarias. In this context, on a 1,600m2 of land, the house emerges as a shelter of metal and wood inserted in nature. Constructed with a light structure and separated from the ground, the house is formed by two rectangular volumes of different textures that are intercepted, generating a space that is proposed as a transition between the natural and artificial environment, creating a dialogue through contrast. Placed in the center of the plot, surrounded by the bush, the house overcomes a gentle slope, leaning on a reinforced concrete slab to separate itself from the ground floor level and avoid the rise of humidity.

The largest volume covered with corrugated sheet, shelters the intimate sector with the two suites, arranged on opposite sides. The second volume, in wood and more transparent, crosses the metallic pavilion, with the social and service sector appearing on the intersection. Following this volume, a deck is projected on the bushes, crossing the main body of the house accentuating the access function, distribution hall and railing. In this space, the coverage is translucent and a sliding door allow the landscape to enter the project. Remaining true to design and considering cost estimates, the house followed a simple structural logic, with modules of 1.20 x 1.20m, fixed in metallic profiles, steel frame. Wood panels (OSB) lined with permeable membrane that prevents the entry of moisture and allows wood to breathe, complements the external structure. A box of concrete blocks, semi buried, removed in relation to the slab, forms the foundations of the house, including a deposit. The project seeks to respond to the needs of the program by delimiting the built space, without camouflaging, but appropriating the landscape without competing with it. 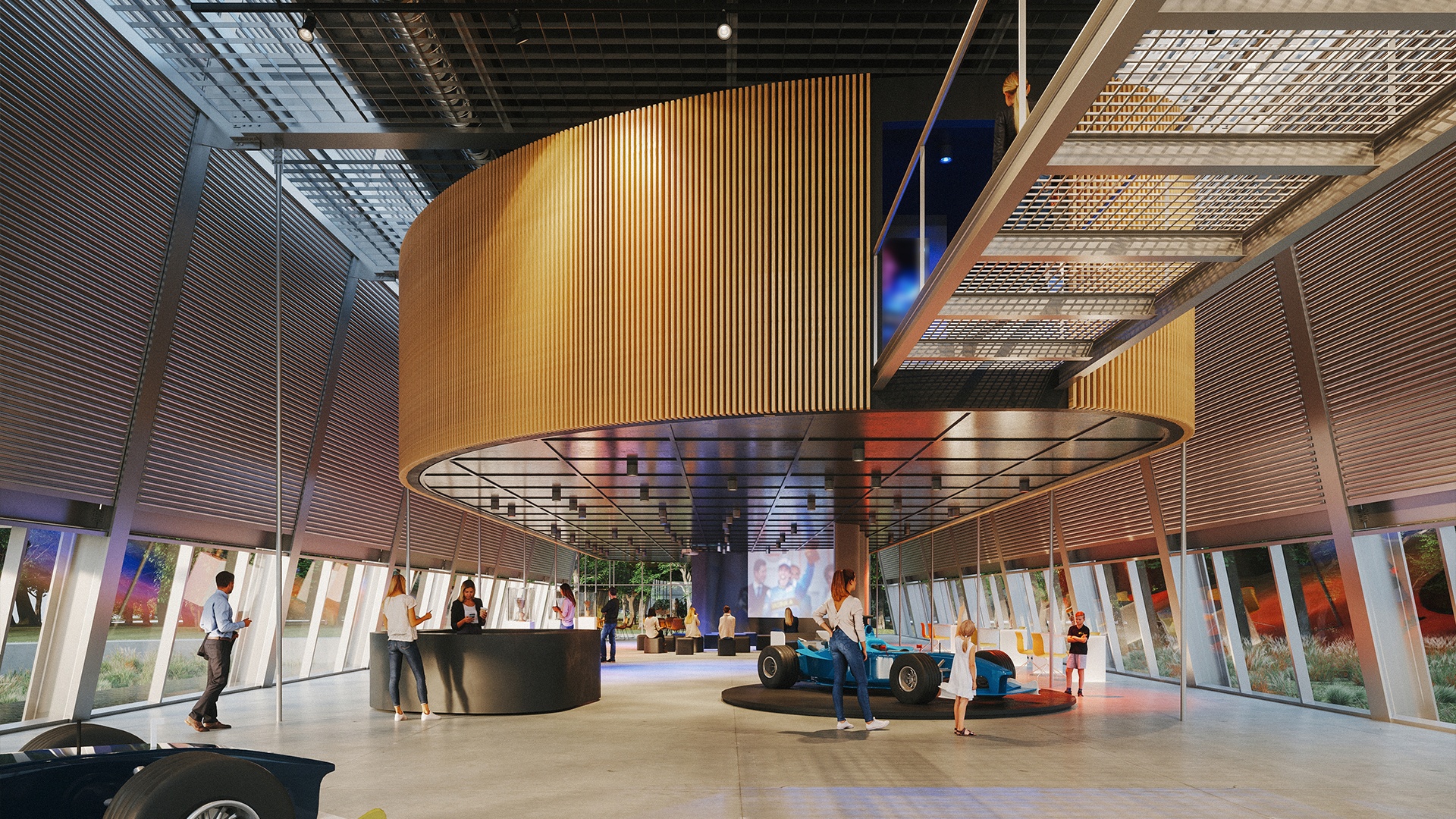