Post-production of a dock. An urban proposal for the Mauá Dock, a space of geographic and symbolic importance in Montevideo, currently under debate.

On one hand, the proposal has four unifying axes: the public aspect will go across the whole, all new construction will be made of wood, there will be determined and indeterminate landscapes, and innovation will shape the new ecosystem.

On the other hand, the new post-productive city is not imposed, but maintains a dialogue and negotiates. Starting from a redefinition of the former blocks of the property, a set of certainties and uncertainties for each block are proposed as diversifying elements that promote multiplicity and coexistence of users, actors, authors, programs, times, landscapes, impact scales, forms of land use …

An urban .gif which, kept in dialogue with the previous and the others, outlines various appropriations in the construction of a new editable and negotiated city. 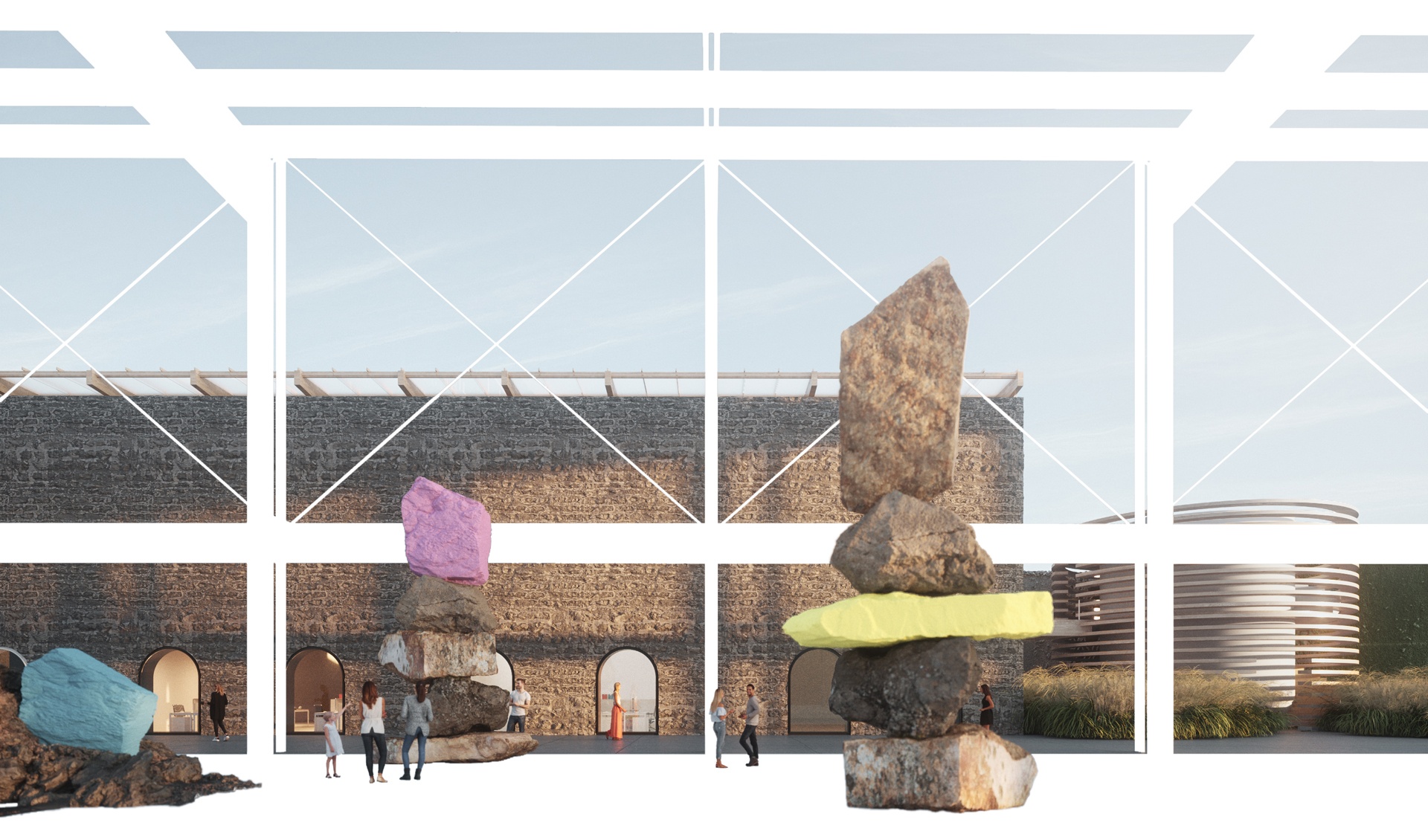 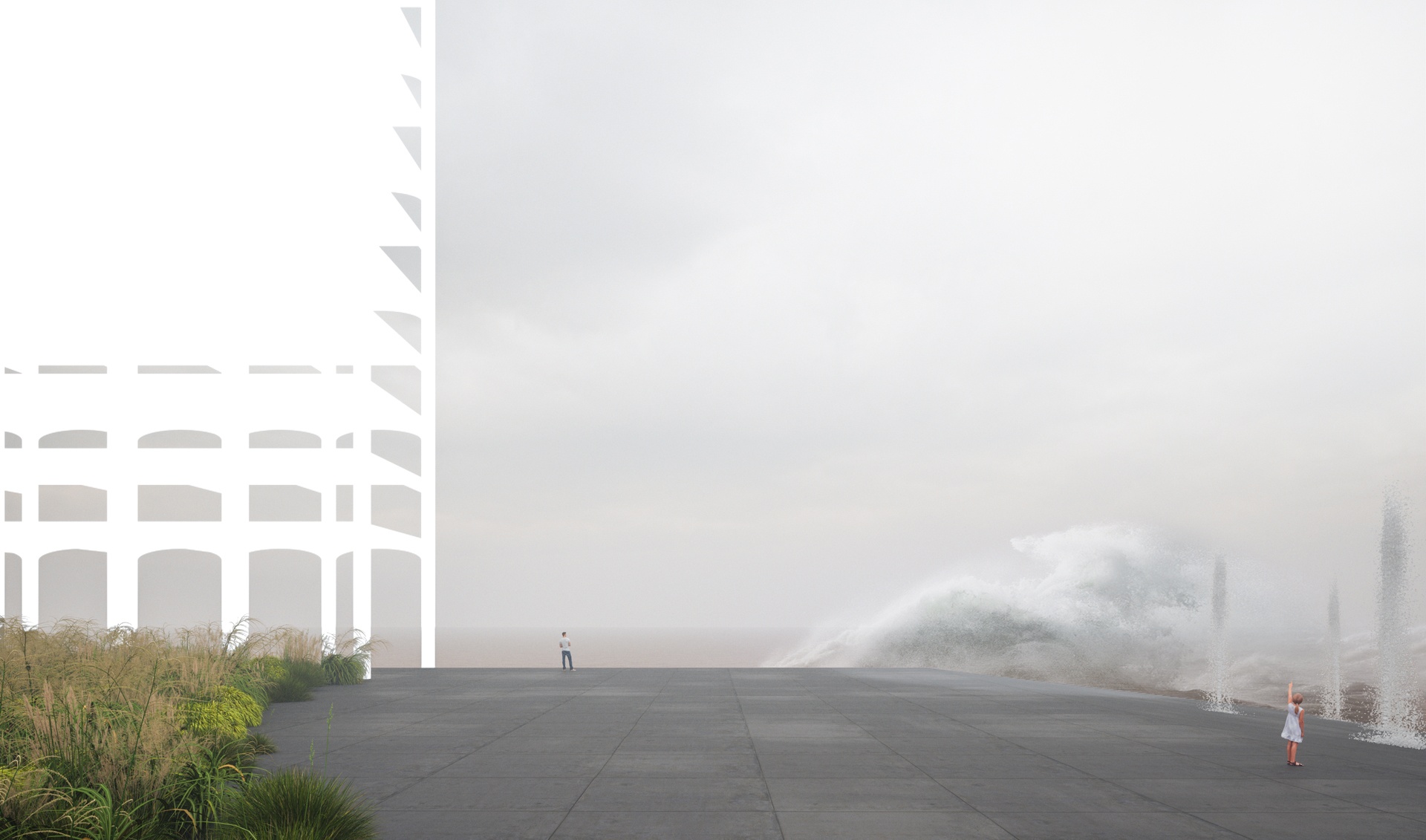 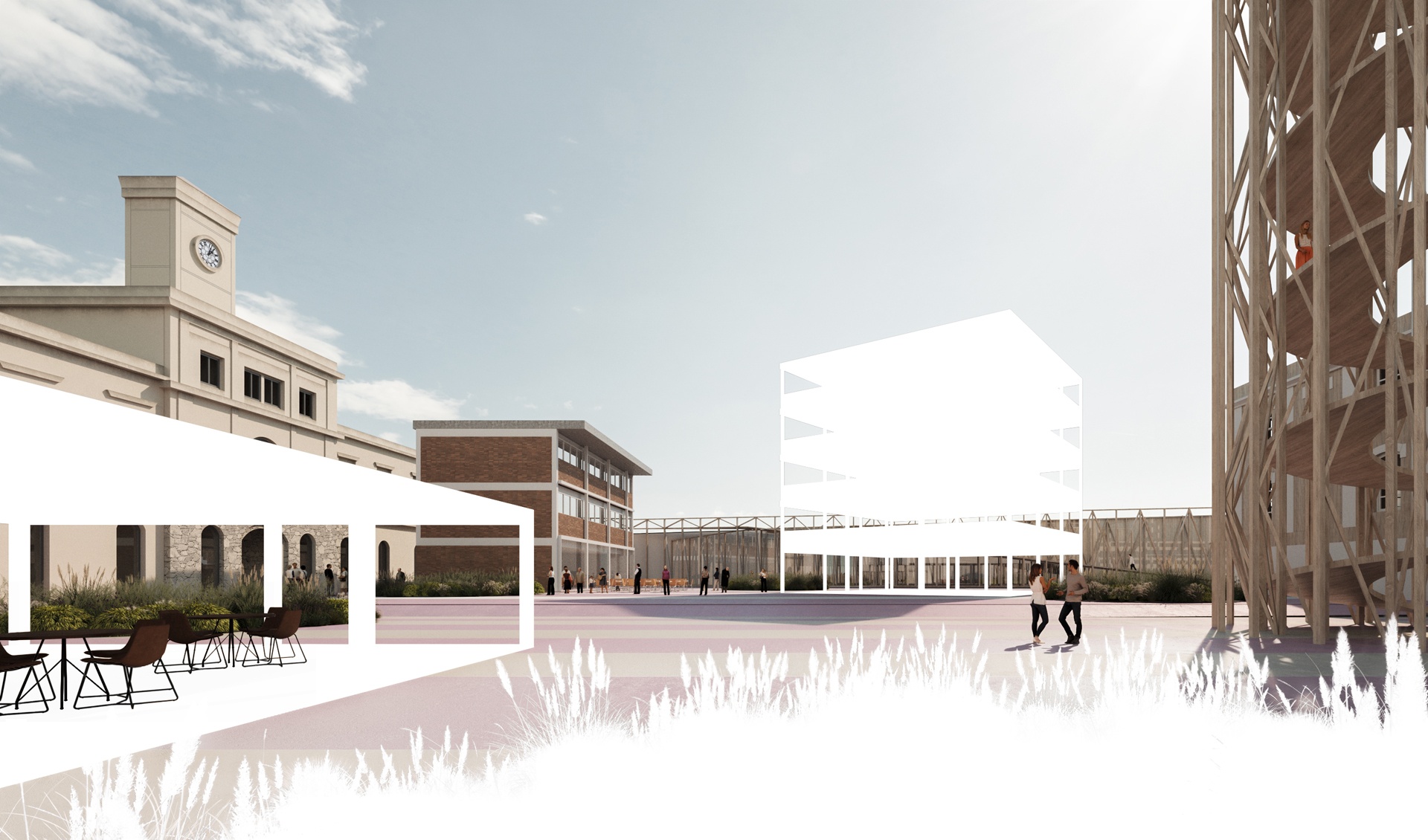 1. Post-Production of a Dock

“The material they manipulate is no longer primary. It is no longer a matter of elaborating a form on the basis of a raw material but working with objects that are already in circulation on the cultural market, which is to say, objects already informed by other objects. Notions of originality (being at the origin of) and even of creation (making something from nothing) are slowly blurred in this new cultural landscape marked by the twin figures of the DJ and the programmer, both of whom have the task of selecting cultural objects and inserting them into new contexts.”

Operating the Mauá Dock with the notion of ‘Postproduction’, we are allowed to address the project’s complexity from 3 complementary dimensions:

a. The Dock and the gas company have long ceased to operate, lost its meaning and fallen into abandonment. They are physical remains of an economic structure that no longer exists. This is the time to overcome its obsolescence and enter a post-productive era that honours them. Without losing its characteristic attributes, they must be transformed to integrate and enhance the contemporary city through another type of productivity, typical and according to the present times.

b. The post-production era is no longer agricultural or industrial, but tertiary. It is global and hyper-connected. It is informational and relational. It is editable, not authoritative. Post-production is multiple and hyperactive, lacks attention, and pursues experiences as a source of value, it is presented as friendly and environmentally responsible. The post-productive city is not imposed, but maintains dialogue and negotiates. Post production implies new forms of work, movement, consumption, as well as new ways of learning, teaching and linking with knowledge.

c. Developing an urban project from the notion of post-production implies deserting the idea of ​​a finished project, created by a single author. Understanding that, as architects and urban planners, we are not alone nor do we work in isolation, but the contrary. Like an image editor, it is time to design from the assembly of disparate elements and make them coexist so that they are maximised together. Post-production is to work with the given, with the material and immaterial, to create a new dialogue with the above and that of others.

a. Old new blocks.
The former urban block system that gave rise to this fragment of the city is continued – not in a nostalgic way – in the form of sectors, leading the whole project. No longer recreating streets of continuous edges with busy interiors, but dissolving public space, boundaries and programs. Homogeneities, specificities and continuities are based on general rules in which at the same time promote the unexpected and indefinite use of space. City made of rules, old new blocks.

b. From image to urban .gif.
The image as a representation of a finished project is an immutable and immortalized product. For this reason, the notion of urban .gif incorporates movement through a multiplicity of dynamic frames. This requires us to design managerial instruments that outline several appropriations and be the tools that build a new editable and negotiated city.

a. The public aspect will go across the whole.
The public sphere is essential to return this privileged fragment to the city, making it open and inclusive to all. The project, thus, eliminates and modifies the pre-existing physical and topographic barriers in order to ensure continuity as well as transverse and longitudinal accessibility to the whole.

b. All new construction will be made of wood.
Faced with the change in the global paradigm of energy and environmental efficiency, and the availability of wood in our local productive context in the short and long term, this material is key to the construction of an unprecedented city. It is established that all new interventions that take place on the site must be carried out in wood. This will be, thus, a pole for experimentation with this type of construction and enhanced on a larger scale.

c. There will be determined and indeterminate landscapes.
The determined landscape defines spaces through its conformation, use and construction over time. Tree planting, flowerbeds, sports field or flooring for a specific program. Its purpose is consolidated in the present and will last in the same way over time.
The indeterminate landscape incorporates ecological succession as the initial source of an ecosystem. A new landscape is proposed, a new ideology that incorporates society in the algorithm, a botanical garden and the public management of it is the vision for the future public space.

d. Innovation will frame this ecosystem.
The post-produced city is the city of innovation and development. This factor will programmatically characterize the entire proposal in order to provide it with an eminently contemporary character and a strong commitment to the future. It transforms knowledge and its teaching, as well as opens the doors to new modes of production.

Specific rules guide the future of each block. Understood as certainties and uncertainties, it seeks to promote the coexistence of diverse users, actors, authors, programs, times, landscapes, impact scales, forms of land use …

a. Certainties: Certainties are interventions that ensure the happening of programs, interventions and fixed uses. They constitute essential infrastructure for the development of the project. At the same time, the certainties define and provide a starting point for the uncertainties to materialize at the right time and at the mercy of other actors that promote them.

b. Uncertainties: Assuming that things are beyond our control, this leads us to dismiss the idea of governing over all aspects and welcome strategies or suggestions. Soft guidelines that allow multiple results, programmatic choices that promotes various uses and interests. Various actors can get involved thanks to management tools and land use, which are executed at different times, with different intensities and at different scales.